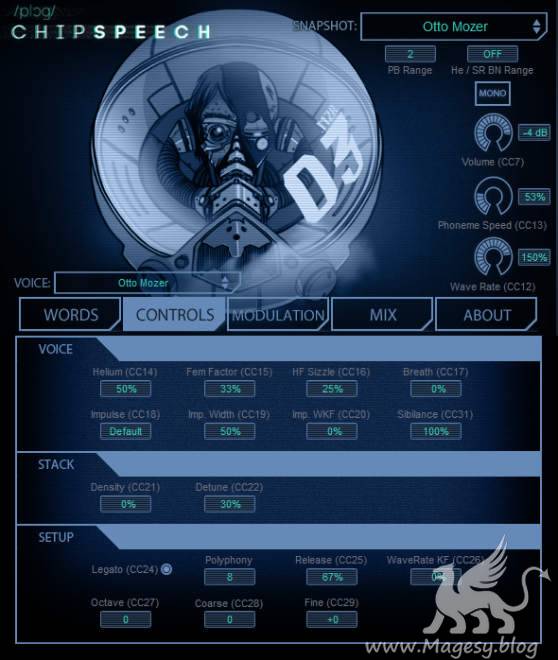 Chipspeech is a vintage-style speech synthesizer which recreates the sound of famous 80′s voice synthesis chips. It features 7 different voices, each with its own characteristic timbre. It is specially tailored for musical needs – simply type in your lyrics, and then play on your MIDI keyboard. It’s a true synthesizer, the sound can be extensively modified for easy and expressive performances. Chipspeech also features a circuit bending emulation, letting you not only recreate the insane and chaotic sound of a circuit bent TI speaking device, but also use it in a controlled, musical way.